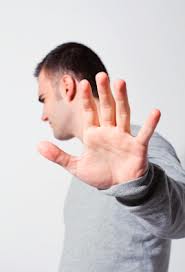 It always appeared hard for me to imagine how people could build and worship a Golden Calf when G-D appeared so directly in front of them only a moment ago but today many of us have our own Golden Calf’s.  These individuals act in ways that they know only lead down the wrong path but worse off they tried to persuade others to act in such ways as well. We might not have seen the direct light of G-D through a burning bush but there are so many signs (rainbow, babies eye’s, breath of air etc) that even if we try we can’t turn away.  Here are just a few examples of Golden Calf’s (below) that shine brightly today instead of being annihilated as should be the case.

ISIS  & ISLAMIC TERRORISM-  These groups actions against innocent civilians is anything but religious and the response from the west especially as it kills innocent Christians is deplorable.

DEATH DRUG DEALERS Those that deal drugs such as Heroin and Crack and try to persuade others to join are actually leading many down a path of destruction and death.

ANTI ZIONIST CAMPAIGNS  Individuals and groups that have preached the destruction of the Jewish people and/or state hasn’t only lead to their own demise and death.

ATHEIST CAMPAIGNS  Groups that actively try to destroy those of faith through belligerent and hateful campaigns will only cause pain and suffering to themselves.