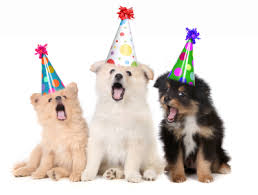 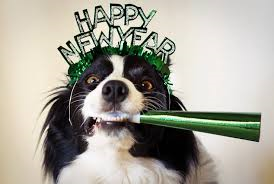 I want to wish my friends, family and associates a Happy New Year..ish because I’m not exactly sure if Happy New Year truly cuts it.  As a practicing man of the Jewish faith my new year  actually started several months ago on September 23rd with the holiday of Rosh Hashanah and even if I wasn’t Jewish there are other New Years that start at different dates including the Chinese New Year observed by like a billion people.  Yet the truth is I enjoy this “amateur night” where those who haven’t partied all year come out and celebrate and who is going to complain about the extra day off or another reason to party.  I also fully understand that January 1st is when the secular calendar begins and that means a new Congress starts, a new film and theatrical season begins and another day for us to change ourselves at least for the day.  In conclusion I want to wish everyone (except ISIS members and like) a secular year of health, happiness, wealth and peace. Happy New Year…ish! 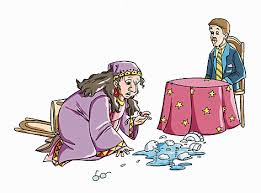 As you can see I’m not a big follower of  crystal ball  but instead have decided to base my 2015 Predictions on logic and my own gut feelings. Below I list some of those predictions along with a variety of other experts opinions on the future brings.  Please note even the greatest expert has to bow down to the one who truly decides. Yet before I get started look (link below) at some crazy predictions that actually came true in 2014

(2) BASEBALL- The NY Met’s will make it to the playoffs this year.

(4) MUSIC- Taylor Swift will still be the biggest grossing pop star for while Florida Georgia Live will still top the country charts.

(5) BUSINESS-Energy & Gold Prices will rise while the stock market will be mostly bearish.

(6) POLITICS- Jeb Bush will modify his position on “Common Core” allowing states more individual control and seek instead to focus on “school choice”.

(7)  POLITICS-Immigration Reform will be signed into law and the media will give credit to President Obama for this achievement.

(8) FEARFUL- I pray this prediction above all the rest doesn’t come true but I fear that this year the crime rate will continue to rise and a serious terrorist attack will occur in the United States. 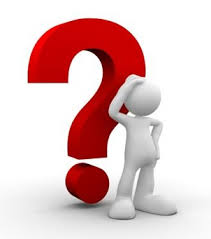 This isn’t my blog! It’s actually owned by someone way more important. A matter of fact I own nothing. I possess my items and thoughts but I know in a split second they can be taken away.   The truth is I have worked to help create things like a computer helps to add numbers. A computer can not turn on by itself and  neither can I make anything without this higher authority allowing me to turn my mind, heart and soul on.  In the end I conclude that I’m truly grateful to G-D for allowing me to possess these thoughts and objects. I can only hope and pray that the true creator will continue to keep me plugged in so I can be play a part in his creation. 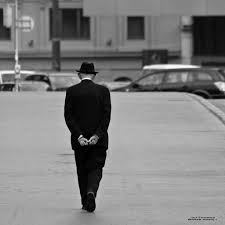 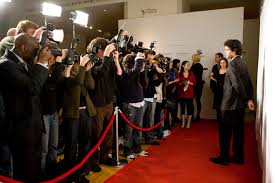 I just came from the “World Premiere” of  All Screwed Up in the heart of NYC and felt all the excitement of the red carpet from the interviews of various publications to the after party only to end up walking the street alone.  It came so suddenly like the rain after a night full of sunshine that I was taken back.  Whether you be Taylor Swift after a concert or Peyton Manning after winning a big game there are moments where fame dissipates and you are left alone.  Those moments can be a time of reflection or despair for those who have had the spotlight on them almost all the time as we have seen many stars fall down the path of drugs just to get that high back faster then from there “actions”.  Yet those who can balance these two modes can truly become superstars because that time of reflection can make them a better artist, athlete or most importantly a better person as they see the world from two very different angles. 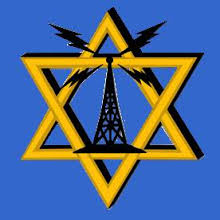 After listening to the “Hanukkah Channel” on Sirius FM I felt it was time for “Jewish Radio“.   A station where everyone of the Jewish faith and/or culture and those who are interested in learning more could go to.  This station would have special hours dedicated to the various forms of music,  sermons/derashah for those that don’t attend Sabbath services on a regular basis (or unable to make it for health reasons), various political and/or cultural discussions a regular insightful interfaith dialogue and a report from the holy land of Israel.  The station would also have special programs during all the Jewish Festivals and holidays.  It’s time to bring the Jewish channel to Chai/Life. 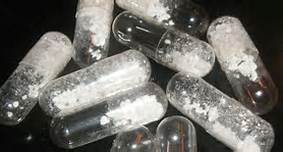 I believe that it might not be poverty or upbringing that lead someone toward a life of crime but their need for “excitement”.  Poverty and/or upbringing might be the catalyst that pushes them over the edge but that thrill of getting away doing something illegitimate is probably the main factor. Even those with a strong moral code that prevents them acting out in ways to hurt others might find ways of excitement that hurt themselves.  This is probably one of the main reasons people will try illicit drugs even though they know someone else who has been harmed by this substance.  Therefore we need to find out those individuals who have such traits and insure that they utilize it for more productive and positive pursuits.   Whether it be working on a cutting edge project, learning the excitement of education, being involved in artistic and/or athletic pursuit  or taking a risk with starting a new business there are plenty of ways this trait can be used for good. 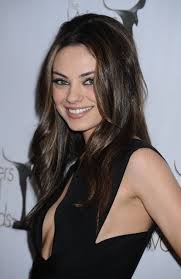 It’s that interview for your dream job but you have nothing to wear!  You have a date with Mila Kunis and that turtleneck just won’t do.  What can you do? Go to “FIRST IMPRESSIONS” the store that rents the most fashionable attire for any event.  From the gloves to the shoes your first impression will definitely stand out.  “FIRST IMPRESSIONS” will also work with you to handle those first lines to start the evening in the right direction.  Once we match your exact size we will then order just the right clothes and attire that will fit perfectly for that special night.  First Impressions will insure you look like a million bucks without having to live the lifestyle because all items are rented.  “FIRST IMPRESSIONS” for those moments that truly stand out.

Action is all that counts 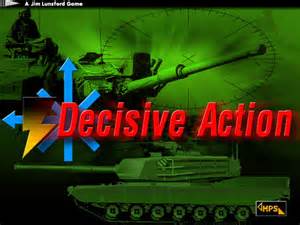 For too many it doesn’t matter what you actually as long as you act.  These individuals aren’t as concerned about whether a leaders actions are legal or even right in many instances, they just want to see that the ball keep rolling and if it tramples over a few rules or even people along the way so be it.  This is why dictators are so appealing to the masses because they don’t have to go through Congresses or Courts to get things done.  This is also why President Obama has had an up tick in his popularity because whether you like it or not the President has recently taken direct actions. I can understand the appeal of leadership that is decisive but as much as I want action I personally must balance that desire with the rights and responsibilities guaranteed by the Constitution to the various branches of government.  I don’t expect leadership to get a ticket for going 60 in a 55 speed limit but driving a 112 is a different story. We must be just as concerned with actions that hurt our constitution then actions not taken. 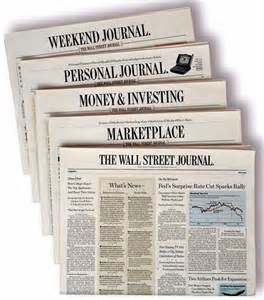 This weekend I decided to focus on the four big stories and give a bit more context then normal.  DO YOU AGREE WITH MY CHOICES?

(1) ISIS SCHOOL TRAINING – Children as young as 8 years old are taught how to decapitate their “enemies”.

(a) This could be the only option for any education in these ISIS controlled areas either learn at their schools or don’t learn at all.

(b) Some students will attend as an income source to their families.

(c) They are given approximately 6 hours of weapon training a day.

(d) After 45 days they are sent to units to fight, protect or become suicide bombers (usually left for those with lower IQ’s)

(2) THE WAR AGAINST ISIS-  This war is led by John Allen a four star retired Marin Corp General.

(B)  His campaign consists of disrupting the flow of foreign fighters to ISIS controlled territories, stopping their financing, offering humanitarian relief, and delegitimizing their cause.

(C) He was unhappy with the status of forces agreement in Iraq because he felt it lacked the force to stop the rise of groups like ISIS from gaining power.

(D) He believes we’re moving in the right direction to defeat this terrorist nation.

(3) CIVICS CLASSES ARE BACK

(A) 7 states are requiring students to pass a U.S. Citizen Test before graduation

(B)  12 to 15 states are considering adopting the citizen test requirement.

(A)  Information on a rally in support of opposition leader Alexei Navalny is still being posted against the will of Russian authorities.

(B) Mr. Navalny is being held under house arrest accused of fraud and could face up to 10 years of jail. The opposition believes these are trumped up charge made up to silence his voice.

(C)  He is considered one of the the biggest critics of President Putin.

(D) The Russian Legislation passed a bill that allowed the prosecutors office to block sites without court order if they felt those sites held “extremist views” and/or supported “unlawful demonstrations” .

Posted by Bruce - in arts and entertainment, Blog - 1 Comments 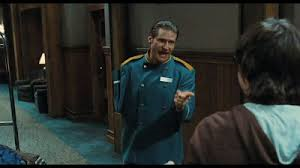 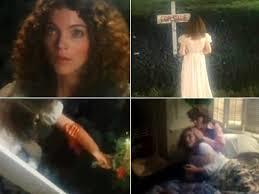 Fear and humor can be drawn from the same factors to produce their different outcomes.  For great horror movies and great comedies have these links that truly bring the audience to these emotions. Here are three elements (below) I believe are key. PLEASE SHARE YOUR THOUGHTS.

(1) SUSPENSE – Whether it’s the table scene in “The Wedding Crashers” or Jason stalking his victims in “Halloween” suspense can draw the audience in and cringe with laughter or fear till the climax.

(2) SHOCK- Comedic surprises scene in movies such as “The Interview” with bitten fingers and “Carrie” with hands from the grave can leave impressions in the audience way after the lights come on.

(3) RAW/GROSS- Nothing can turn away a viewer but still draw them in then a grotesque scene whether it be the losing of an arm in “Hot Tub Time Machine” or  the blood dripping down the drain in “Psycho”.  I personally believe sounds and effects can take the place and actual add to the impact then a direct visual experience.