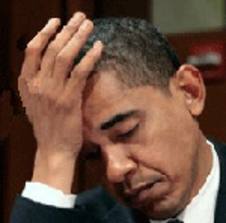 If the President said he would resign if the Republicans took control of the Senate would it be a greater motivation force for the Democrats or Republicans to get out on vote?

What do you think would occur?

What would happen if after the Republicans took control he refused to resign? 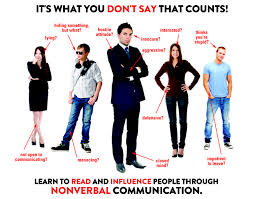 How much money, time and innocents is destroyed by those who have betrayed our trust? Wouldn’t it be great if before we hired someone, invested in their “opportunity” or had them in our life there was a way we could truly judge if the were telling the truth. A “Body Interrogator” can see through the words that come out of someone’s mouth and tell whether their body is telling the truth.  Sometimes the clues might appear simple for example the individual not making eye contact but sometimes the clues truly take an expert to analyse for us. So before you risk your money, time and dreams why not call the “Body Interrogator” to sit in he/she will discover the truth between the words.

Posted by Bruce - in Blog, personal, Philosophy, Political - No Comments 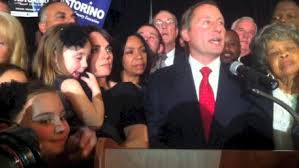 MINE WAS A BIT LESS CROWDED

It was my first political fundraiser that I was to have in my house and if it wasn’t for Mr. Astorino (G-D willing Governor to be) it would have been my last.  I had sent out beautiful invitations with RSVP to all the members of the Clarkstown Republican Committee Members along with my neighbors and bought a delicious spread for this beautiful reception that would bring in 5o to 100 people that instead worked out to be chromosomes.  In truth we had approximately 12 people attend including Rob Astorino his bodyguard and my 2 dogs (for this fundraiser we count dogs). Mr. Astorino walked in as if it was a crowded room and graciously answered all our questions, shook everyone’s hands or paws, and shared the time with us as if we were raising thousands of dollars for him.  I’ve learned from my lessons and hopefully in the future will have a more successful political fundraisers  but until then I hope NY will elect a Governor with true class, humility and honesty Rob Astorino. 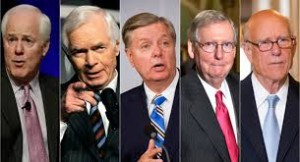 In yesterday’s blog I suggested that the campaigns to support moderate Republicrats (G-D forbid) might be the cause of the Republicans losing the Senate now I follow the money trail. As exorbitant monies are being spent to keep these individuals like Pat Roberts and Mitch McConnell in their seats monies are being drained in races that could not only changed the Senate but created incredible upsets (see below). More significantly monies are also being drained that could have enabled the Conservative message to reach out to build it’s base in minority communities as well as the youth vote which is key for 2016 Presidential Election.

A tower of lies

Posted by Bruce - in Blog, Faith, Uncategorized - No Comments 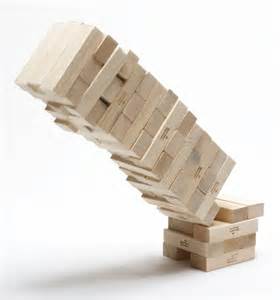 It’s important to try to shoot for the stars but sometimes our greatest achievements are right here on earth; that is what I believe the biblical story of the Tower of Babel tells us. In this story the people’s of the world built this large tower to the heavens to try to show their greatness, G-D’s response was to disperse them across the globe. We sometimes forget when we are going for that big dream those behind us who are truly helping us in our daily achievements and for that we may need to get a sense of reality. Whether that occurs in a hurricane where we lose electricity and realize how fragile our possessions are or in sickness when all those other goals fall to the wayside; we must keep life’s goals in prospectus .  Shoot for the stars but always remember the ground where it all started and where you are still standing.

If the Republicans don’t take control of the Senate (G-D forbid) you can blame the Republicrats or Moderates for the loss. The states that are too close to call are the states where it should be a runaway win for the Republicans but moderates were left to fight those battles like Mitch Mcconnell (the bird man) and Pat Roberts (the boring man). These individuals and others faced Tea Party principled challengers in the Republican Primaries and if those individuals won instead of this bore feast the road to Senate majority would have been a lot smoother.  People want to vote between Peanut Butter and Jelly not Peanut Butter and Almond Spread. 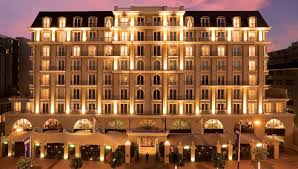 We should be grateful to those that have risked their lives trying to help those suffering with Ebola but we also have to protect the general public from the spread of this disease  that’s why their should be an “Ebola Hotel”. This hotel would be on an Island where those who either went to help those suffering or from countries with an Ebola epidemic would stay for the full 21 quarantine period. It might seem a bit more expensive then just quarantining individuals before or after they leave the countries infected but if you consider the cost of constant monitoring and/or hospitalization the cost is truly in the pennies. It will also give those individuals from Ebola infected countries  another reason to be more honest on the forms they fill out and therefore secure the public at large. The luxury hotel would have all the amenities you would expect from such a facility plus a full quarantined medial area for those who might come down with the Ebola illness. Let’s protect the public and reward the Good Samaritan. 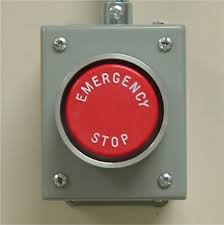 One key ingredient to success is to “shut it off” by not allowing your personal life seep into your work life and vice versa.  It’s harder then it seems since the drama might end when you leave the work place or house but continues to play out in our head. If only there was an emergency stop button you can press as you left these locations, life would be much easier.  The switch can be found in diversion where you immediately take on an activity that requires you to divert your attention to it and therefore pulls you away from the negative feelings you initially had. It also can be found in a simple prayer that accepts that G-D might have a plan for you that will eventually reach for the rainbow but that their are storms ahead that you must battle through. “Shutting it Off” is  a talent that continues to challenge us on a daily basis but when we achieve that goal our true strength comes through and we are much happier in at least part of our lifes. 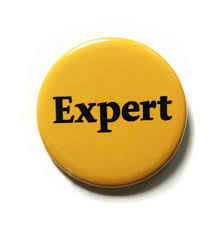 One way to truly find your identity is to become an expert in which you have a greater knowledge on one area then most other people. I remember a sales representative who became an expert on the “Titanic” this expertise led to many speaking engagements as well as cruises on boats (without icebergs).  To become such an expert will require a great deal of time and effort as you will have to explore information that might be hard to come about but your efforts will be paid back by the knowledge you will gain and spread to others. It also might pay you back as a paid researcher, speaker and expert adviser on this subject matter.  Even if there are no financial benefits in becoming such an expert the reward will be found in keeping your mind active and finding that individual knowledge that sets you apart. 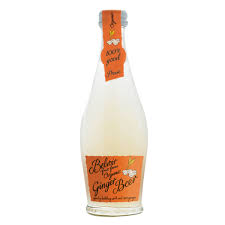 What Smelling Salt does for a boxer “Belvoir Organic Ginger Beer” does for the rest of us.  The smell of pure Ginger is enough to startle your senses and the taste well let’s just a sip is enough. I’m really not sure if it’s a drink or medicine either way I’d take my temperature after that shot because it will cure you or make you sick.

* Star add another star if your sick.