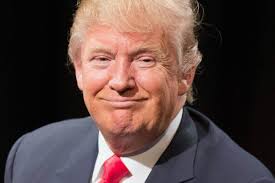 How about we make a treaty between those that love and hate Donald Trump and agree to at least respect the Presidency as a whole. We can argue about tactics and or policy but let us again respect the Presidency and the constitution that brings us this leadership.   No more should we hear words of impeachment/resigning and instead do our best to make sure this President is successful in his mission. For if the President is successful then we as a country will all be better off and isn’t that want we all should be aiming for.

Unique Song of the Weekend

I’m not sure I like or don’t like this song but know it’s the most unique song that I’ve heard for this weekend. Make your own judgement and if you find something even more “sui  generis” please tell my ears about it. 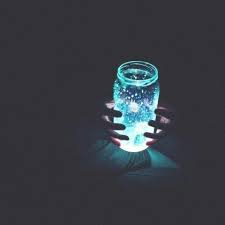 Would the great powerful state of Israel exist without the completely evil actions of the Holocaust? Deep struggles and pains never seem to make sense when they occur but if we can take a trip in a time machine we would see the arithmetic a bit clearer although Einstein’s assistance might still be needed.     This is what we learn from the biblical story of the burning of the Red Cow where the ashes in one case bring cleanliness from sin and the other bring filth.  We may never understand the why this must occur but we should understand our fight will lead to better days for ourselves and/or our loved ones. For where there is great darkness light suddenly appears and will brightens up the entire sky. 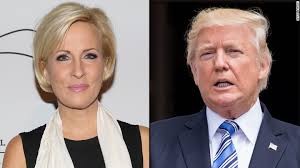 What if we woke up this morning and found out either  Mika Brzensinski or the President apologized for their course words they’ve said about each other, would the other accept such an apology. Would Mika assume a bit more balanced approach if it came from the President’s mouth/twitter? On the other hand would the President be more open to criticism if it came from the mouth of an individual who herself was willing to apologize?  Or would each consider the other weak by such words of contemplation? I know I’m stepping in the make believe world but what if sounds a bit more realistic when it comes to individuals with such power.

Sometimes the parts don’t work right so you have to do a quickie. I hope it was as good for you as me. Well at least you don’t feel guilty wasting time because you’ll probably forget about this one and you probably should. Until my computer decides to work again.

A. Gay Flag- WHERE? B. Message to friends who are gay 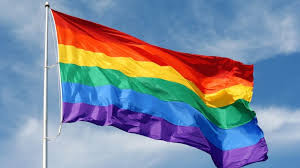 Can someone explain why a Gay Flag waves at a Senior Citizen Home? No this isn’t a senior citizens community that specialize in those who enjoy the same sex but the same faith.  A  matter of fact I’m sure many that live in this community are having a bit more difficult having any sex at all.   I understand political correctness is important to many but shouldn’t practicality count as well.

My friends that happen to be gay, have pride not in the way you have sex but in the great accomplishments you’ve achieved as an individual person.  I was indoctrinated as a young person that there is no difference between those that are gay and those that aren’t except in their sexual preference but feel as if I’m the only one who have accepted this lesson.  To expound on this concept where is religion, culture, or ethnicity could have such a community of pride since they share many different characteristics I can’t fathom how those that have sexual preferences  share this same emotion.   Just something to think about.

I will not comment on the actual words that the President used on Twitter against Mika Brzezinski other then to say these are words I wouldn’t use against those I’m opposed to; which begs the question of WHY?  The President is an intelligent man who must have known the powerful response his words on Twitter would have caused so could their be a deeper reason behind such an attack. Here are a few points one might consider in determining if this is the case.

(1) His Twitter remarks have allowed the discussion on the Senate work of replacing Obamacare to die down. Which might enable true negotiations to occur in private and as such maybe move the ball forward.

(2) These remarks might intimidate other journalist who have had round the clock attacks on the President to consider having a bit more balanced approach… just a bit.

(3) Whatever Mika Brzezinski says in the near future will appear to be based on a personal revenge against the President instead of based on a logical difference of opinion. Enabling her comments to not be considered as serious as she would like.

(4) The President could be personal hurt by the continual attacks of said individuals who he has had a friendship with in the past and just lost it this time.

In It or Set 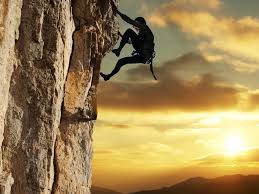 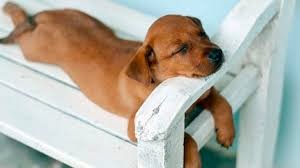 You’re either climbing that mountain to your next peak or settled in to the life you have. I’m more a climber but as the years wax on there are times when I decide to look around and smell an extra rock along the way. Maybe this isn’t as black and white as I previously thought and I won’t fall if I don’t climb for another moment. Yet the fear of settling is as scary as falling of the cliff for me and as long I can take the steps I believe I surely will. The steps might be a bit slower and smaller but I believe I will continue to step until I find the key to my gate. 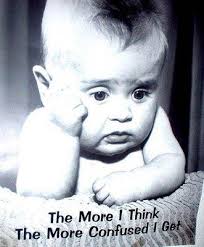 Let me get this right you have empathy for her when I went through 10 times as difficult situation as she did! Oh it’s not as black and white she also has **** but does she have to do **** everyday? It makes me want to 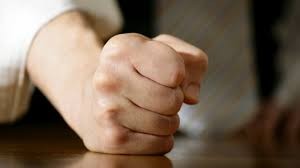 Well if you put it that way you have a bit of a point yet she has had all the breaks and I’ve had to struggle everyday without a helping hand. Of course I had a few fingers here and there. Know way I never heard about ****! Wow maybe there truly is more then I can read between the **** . 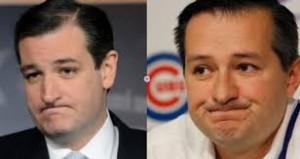 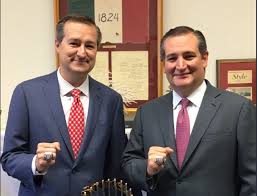 Your duplicate is out their looking in someone’s eye’s as if their your own. If you don’t believe me look at Tom Ricketts owner of the Cubs and Ted Cruz Senator of Texas (above) and you’ll feel as if you’re watching some fantasy movie. For you could literally switch bodies with said individual for a day or 2 and nobody would truly know the difference.  Maybe the Cubs wouldn’t have such a winning record and the Senate wouldn’t have such a feisty Senator but they both would get a break.   I hope I find my duplicate and he happens to have the last name Trump or Hemsworth.