Posted by Bruce - in Blog, Philosophy, Political, Uncategorized - No Comments 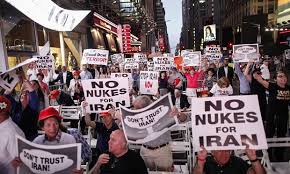 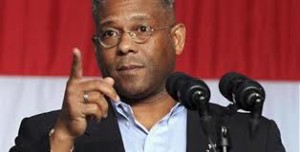 I’m not the rallying type of person but felt I couldn’t ignore the “Stop Iran Rally” plus I had to be in the city anyway to drop off and pick up my daughter only 4 hours after the rally ended (yes I’m tried).  Rallies don’t usually grab my attention for after the first speech they all basically sound the same and this one didn’t surprise me until Congressman Allen West took the stage. Congressman West really took the ball and hit a home run that hit my house 40 miles away.  Mr. West knew all the buttons to press and even a few switches to generate the enthusiasm that no other speaker before or after could find. I must say this was unanimous approval if gauged by the loud and vocal response of the crowd numbering over 12,000 people.   I was against the deal with Iran before I went to the rally and Mr. West’s remarks pushed me to take a more vocal stance against it today.