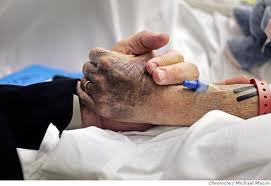 I’ve decided to pursue a study in “Jewish Faith Healing” because it’s something that could truly come in handy. This pursuit will start later today and consist of standard research as well as deeper research which might involve purchasing items and traveling to various locations. This journey might be something that ends fairly shortly or continues throughout my lifetime. I hope to update my discoveries with you on a regular basis in case this becomes helpful in your own daily life or of your loved ones. I LOOK FORWARD TO YOUR COMMENTS AND SUGGESTIONS DURING THIS EXPLORATION.

2/23/2014- It appears that many of the notes I have taken have been accidently deleted I will try to restore them ASAP-From Jewish Science-Divine Healing in Judiasm by Alfred Geiger Moses. Mr. Moses claims that Jewish Science will fill a gap because it shows the art of genuine prayer in it’s real influence on everyday life. The religion of Jewish Science is based on several principles which I summarize below.

(2) Sickness is violation of the laws of nature

(3) Health depends largely on the use of the body by individuals or the misuse or abuse which brings upon sickness.

(6) Religion in all forms has been the chief means of bring about cheerfulness and optimism.

(8) Prayers and devotion to heal sick.

(9) Therefore Jewish Science should play a large role in healing the sick.

This article (below) disputes the notion of Jewish Faith healing especially those that claim to Jewish Faith Healers.

This article describes a Hasadic Rabbi who claims to be a faith healer.

Should Have Done More