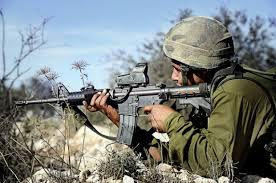 There is a great deal of debate on if the clergy and those that are studying should have to serve in the armed forces. Until recently those who are Ultra Orthodox have avoided service by claiming that they are serving their country in a different way by serving the Torah that it upholds. There is biblical text to support their argument as Moses and a few of the faithful prayed to Hash-m/G-D when the people were fighting Amalekites.

Yet we also must note the term is a few. How do we determine the size of those that pray on behalf of a people fighting and those that are actually called to fight?  I believe that the top clergy should decide. This decision should not only be based on test of their top students but acts of great faith and kindness.  For a country doesn’t secure it’s peace just on the battlefield but on the values that it upholds.