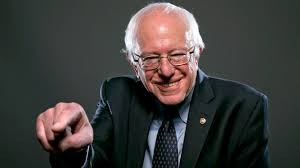 You can smile all you want but it’s not fair Bernie that you’re a Millionaire. You might assume that a capitalist like me would be happy when anyone else makes it up the ladder by producing something but you have just produced only hot air.  A matter of fact you’re one of the least effective legislative leaders of our time with an unbelievable poor record of passing anything.  As a socialist you shouldn’t even want such $$’s but give it back to those hard working poor workers that you supposedly represent.  A matter of fact why don’t you sponsor some illegal immigrants with those monies that you supposedly care so much about.  Writing a book that derives monies from a capitalist system isn’t the correct way a socialist should live . Therefore Bernie it’s time to give it back because you are not fair!