Lower the Volume on Saudi Arabia 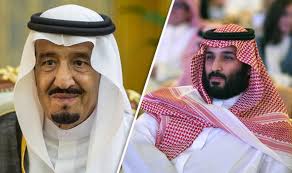 It is despicable that an American citizen in Turkey appears to have been killed in a Saudi Arabian embassy yet sometimes it pays to look with only one eye.  For Saudi Arabia does much of the dirty work for us whether it is confronting our enemies directly such as ISIS and Iran or being a new buffer for our ally Israel.  They also are a great trading partner with us which helps thousands of our citizens. It’s also worth noting  Saudi Arabia has given us some stability in a part of the world that is full of chaos. Yes, Saudi Arabia should receive some type of punishment if what they are accused actually occured but let us give them a bit more leeway in their version of the “facts” because  it’s often best to deal with the devil we know then one that we don’t.