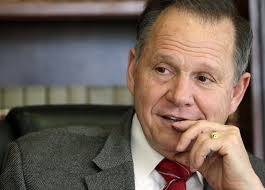 At this current state of the accusation(s) against Roy Moore one must take a deeper analysis on what is the truth and what is emotional driven. Here are the facts as I see them (below) and a point spread from 1-10 to determine such veracity.  Yet as more information comes out these points and/or veracity might have to be modified. I’ve also decided not to use the name of the accuser in order to protect her and/or not add fame that could also be a motive. For in the end this shouldn’t be about politics but coming to the truth or close to it as possible with the facts not opinions we have.

(1) Their is no history of other actions occurring at a later period. When one is an abuser they usually continue such a behavior unless receiving intervention to stop it (10)

(2)  Throughout his long distinguished and  controversial service in public life there have been no similar accusations that have popped up. (10)

(1) This individual has supposedly repeated the same story to the Washington Post. Which is difficult when one is lying. (8)

(2) The story contains fairly specific details of the accused action (8).

(3) Accuser has voted Republican in  past Presidential elections (5)