The Wolf got me!

The Wolf got me! 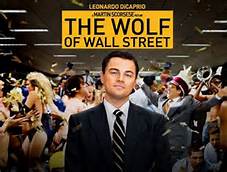 What can I say the wolf got me! I expected to find a movie that was gratuitous with sex and drugs but found all those aspects important in telling this story. I expected to have no feeling for the main character but the wonderful script and the acting of Leonardo DiCaprio pulled me in and left with true empathetic feelings. I guess they truly know how to sell a pen. In terms of film-making this film deserves the nomination of best movie of the year with a wonderful score, great cinematography and incredible sets not to mention again the terrific acting and script. It’s going to be a tough race to decide. MY PICKS FOR THE OSCAR WINNERS SHOULD APPEAR LATER THIS WEEK