It’s not what you have but how you got it.

It’s not what you have but how you got it. 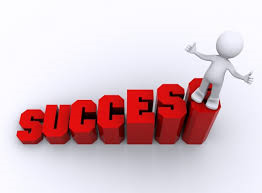 Our culture continues to promote that success is based on the items and things you’ve possessed not how you’ve achieve them.  We see that in movies such as “Wolf Of Wall Street” and “American Hustle” but what is most disturbing is that it’s coming from our top leaders. For example the President has pushed through Obamacare in the middle of the night and is breaking his law just to get to the goals he wants.  We have our constitutional right to unusual searches and seizures being violated by the same government that is supposed to protect those rights.  Financial bailouts have made fortunes for the criminals who have put our country in the mess we are in, whether they be in the banking, auto or housing industry.

It’s time we look at success in a whole new light. Let’s applaud the small or big business that treats it’s employees and customers with dignity and respect at the cost of a profit line.  Let’s champion the father and mother who takes care of a sick parent or child instead of sending them off to a nursing home.  Let us stand up and applaud the politicians who sticks to the highest moral code even when those in higher power do everything to stop them. We see these heroes everyday their sacrifice in doing what’s right might prevent them from having the hottest car, biggest house and their achievements might not appear as grand but rest assured  their small steps are paved with the gold of truth, justice and dignity.

Sucking Out The Brain