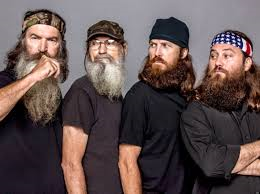 The answer for bad speech is not to silence that speech but produce good speech. If you find a show offensive switch the channels and watch something else. For example I love Opey and Anthony but when I feel they’re going over the top or just boring (sorry guys) I switch to a different channel .   Why should “Phil Robertson” from Duck Dynasty be taken off the air because his words were politically incorrect and might have hurt others? Why should Martin Bashir and Alec Baldwin lose their jobs because their remarks were ” over the top”.

All a network has to say is that these viewpoints are not necessarily the viewpoints of the network and/or the management of the network.   If we keep censoring controversial speech eventually know one but the politically correct will speak. People will feel a certain way but have no way to express those thoughts in a rational and reasonable way. Therefore instead of silence voices let’s open  the conversation wider and allow all  different voices to be heard from the right, left and even wrong and right.

Dawn of the Planet of the Apes – over-rated