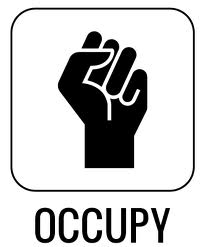 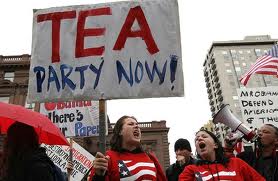 You might believe that “Occupy Wall Street” and “The Tea Party” have nothing in common but they both are grassroots anti-establishment movements that should have a spot in the public square. When people with unique perspectives on the world don’t have an avenue to express those points of view we all lose out because a good idea can come from anyone.  We also know when you shut off open discourse then those who’s voices are being shut might attempt violence actions to get their point across.  Therefore  I believe it’s essential to have a location in all states where people with minority view points can share their philosophy in a peaceful way with fellow citizens.  These sanctuaries would also include avant garde art forms, independent business ventures, unconventional foods and faiths that aren’t normally represented in the public square.

(1) The state or locality would donate a space where those who feel disenfranchised could have either a storefront or booth to discuss their point of view and/or sell merchandise promoting that view point.  Each spot would be of equal size and location would be picked on a lottery type system.

(2) After an election cycle those of the losing parties would be in charge of who is allowed to be part of this community with equally footing for various points of view.  Their would be a token fee for the booths

(3) All participants in this sanctuary must not be involved in fomenting any violence against any other individual in this sanctuary or the community at large  and also must form a neighborhood watch to insure all points of view are freely and peacefully discussed.