It’s because of you.

It’s because of you. 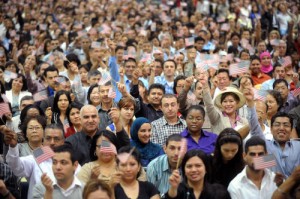 I honestly thought that the economy would be much worse. I believed the increase of taxes and regulations from Obamcare to the rise in the payroll tax would surely bring us into another recession but thank G-D my predictions were wrong.  After careful analysis I believe I have found the reason we haven’t slipped it’s because of you.

The entrepreneurial spirit in America has enabled us to continue to pull through these muddy waters. Another factor is our labor force that is although smaller is just as committed as ever to  completing it’s work on time and with precision. The regulations and tax burdens have slowed us down but like horse drawn carriage we continue to slowly pull ahead.

Yet this is not the end of the story  another key factor which can’t be ignored is those individuals who voted for the President and his administration, they believe(d) in his vision of “hope and change” and worked harder then ever to make sure that this led to a self fulfilling prophecy of success for them and their family.   We even find those that believe(d) in the President’s vision but that hope and change skipped not only their house but their block and community continue to support him. They will not blame the President for what is occurring but will instead find fault in anyone else that can fit the bill even themselves if necessary.  These individuals will continue to suffer the consequences of poor policy decisions that hurt them and their community because they won’t change teams. They would rather take a hit and/or allow their friends to be hit then make their team look bad.

Imagine if instead of rooting for a team we starting enacting policies that root for us. The greatness shown above would be multiplied and economic growth would hit all sectors of our country. It’s time you realize that you are the key to economic success and tell the government policies to get out of our way. This way we can create not only that shining  city on the hill but down the street as well and become that beacon for all the world to see.

Job Post- Great Pay & Benefits- Must be willing to kill