Why PC can be dangerous

Why PC can be dangerous 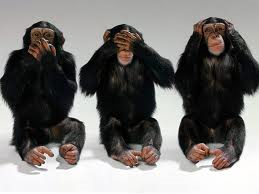 Political Correctness can be dangerous to a society because it stops the free exchange of ideas and thoughts between various people. When an individual from a group feels that they can’t openly engage others from a different group they can become insular. This segregation of thoughts between a group can build prejudice and hate for others from a different group. For example if people who are green (political correct) believe something about people who are purple but are afraid to tell them to their face (tactfully) because of the backlash then the people are green will never know the truth about those that are purple.  They will believe those lies told and may even build on those lies that have been told. I believe the key to actually stopping prejudice is to open the conversation and allow free discourse of ideas.  Here is a way we can truly solve this problem.

(2) Set ground rules of words that shouldn’t be used during the discourse and don’t permit heckling of those that are speaking.

(3) Promote a question and answer section from those that attend these discussion.

(4) After the discussion break bread with the various individuals in the groups so greater trust and friendships can be made between individuals.

Busy as Beaver or Sloth

Box Office Biggies for the weekend of April 20th