Is Ted Cruz and the Tea Party Heroes or Villains

Is Ted Cruz and the Tea Party Heroes or Villains 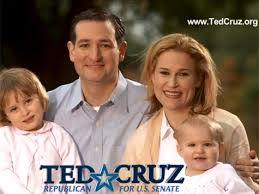 I believe there is certain criteria (see below) that you need to meet to be considered a hero. First of all do you take a stand on an issue just because you believe it is right not because it is popular? Are you willing to stand alone among your peers stating your case even to the ridicule of the political elite and their media cronies? Are the actions you take based on truly trying to help those who might even disagree with you rather then look for score political points?

Ted Cruz like many in his party (including me) believe that Obamacare will do more harm then good for our nation. We believe that many of the people who voted for the President will actually suffer the most. While most people from the political elite of the party felt that Obamacare should be fully implemented so that the American people would feel the pain and then vote their way Ted Cruz and his allies took the pain today to try stop it from hurting the American people in the first place.  They were willing to sacrifice their political careers to fight for what they believe was right today. Therefore I conclude Ted Cruz and his allies are the heroes in this story but the world may never know because we continue to root for what’s popular instead of what is right.