Voting for straws instead of bricks.

Voting for straws instead of bricks. 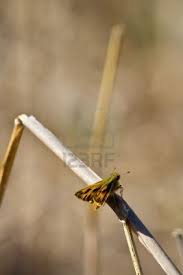 Many politicians who have a poor case will try to get the voter to make their decision on straws instead of bricks. These are truly irrelevant issues that are brought up to distract the voter from the key issues that effect their pocket book and their families pocket book. For example they will try to move the debate on a comment or group their opponent joined/made twenty years ago. By moving the debate in this direction they  try to make the voter believe that their opponent can’t be trusted or is “extreme”. Then they might make a big issue on their opponents position on an issue that truly would have no effect on in the political arena they are entering  (faith, gay marriage etc) . Finally they will give you the “Razzle/Dazzle effect” with bright teeth and beautiful children.  The Razzle Dazzle effect will show a beautiful candidate that will try to tie at your emotional strings. Here is a bit of a battle plan you can mount to break those straws.

(1) Don’t look at any pictures of the candidates until you study the issues they believe in that actually effect your life.

(2) Ignore all forms of distraction that are put up to keep you away from those key issues.

(3) Point these factors out to friends, family and associates before they make their decisions.