We have often heard the term “Revenge is sweet” but I beg to differ, I believe it is sour.  Their was a time in my life when I sought revenge on those that hurt or betrayed me. One individual committed such a horrible act toward me that I became consumed with thoughts of revenge and hatred. During this time period it was hard for me to show warmth to those who I cared about.  It was also extremely hard for me to take a moment to think about the good in my life.    Then I stopped!

I instead taught myself to hate what this man did but not hate the individual.  I prayed to G-D not for revenge but that this man would learn the errors of his ways and that this in turn would make his life as well as mine better.   The anger and hate were gone and I felt a stronger love to those around me and yes the roses smelt a bit sweeter then ever before. I can never fully understand the pain and hurt that others bear because of the cruelty betrayed on them. All I can say is learning to hate the act but not the individual gives you a freedom that can’t be measured. 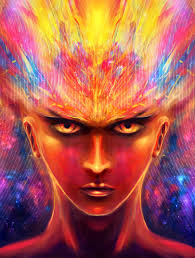