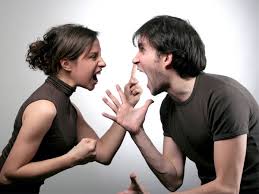 I know you might think I’m trying to make Lemonade out of Oranges with this statement but today I actually had a good fight.  For the distance between me and my opponent was literally car distances as the insolence that went back/ forth resulted in a some real good.  A good fight definitely wakes you up and with the “Morning Jaffa” not doing the trick this fight was the caffeine I needed. Furthermore it allowed me to let go of some of the pain I was feeling due to my mom’s fragile state with a total stranger I would probably never see again.  While she continued to insult me in the most vulgar terms about 2 inches she wouldn’t give up in a traffic jam I responded with how petty and stupid she was. In the end she turned away from me in another traffic jam where  I’m sure another person will get their caffeine  and good fight they need as well.

HAPPY THANKSGIVING TO ALL