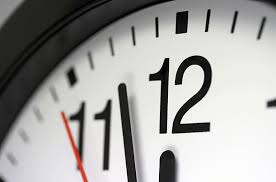 If I make a bad investment in $$’s I probably will be able to make a good investment $$ later that will make up for it and even turn a profit if time is on my side. So wasting time is the one asset I can’t truly get back yet sometimes what one considers a waste can turn out to be gold later on.  A fight appears to be a waste of that commodity and that is why I try my best to avoid them but sometimes the understanding that results from such words can open up a more productive conversation in the future. Wasting time sitting around really burns my clock unless that sitting is done in deep reflection opening up doors one wouldn’t have seen if their butt and mind weren’t in the same space.  Wasting time contemplating matters is something this mind try’s to avoid but maybe that’s why their appear to be a few more bumps on my trail then those who take this time? I want action not complaints but maybe I wouldn’t stick in idle if those others words weren’t mentioned. Wasting time is a waste one can not get back but one person’s waste is another person’s golden time.

Dream of the past with a twist