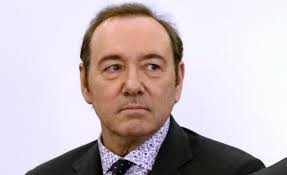 If we learn one thing from the treatment of Kevin Spacey it is that we need to have greater prosecutorial restraint.  No prosecutor should indict an individual without all the facts in order unless that person is a direct threat to themselves or others. The prosecutor should instead have enough facts to go to trial before a person is arrested let alone indicted. Of course too many police officers want collars and prosecutors want to get their names in the paper so their role is not in “justice” but in themselves.

Years of Mr. Spacey’s life have been ruined by an accusation that didn’t even have enough facts to go to trial and that is just wrong! Yet he at least has the ability to fight back while others who never have the spotlight live with this burden that cost them their monies, reputation and in too many false cases their life’s. Prosecutors need restraint based on one word “FACTS” and let that one word determine the path of justice they should take.