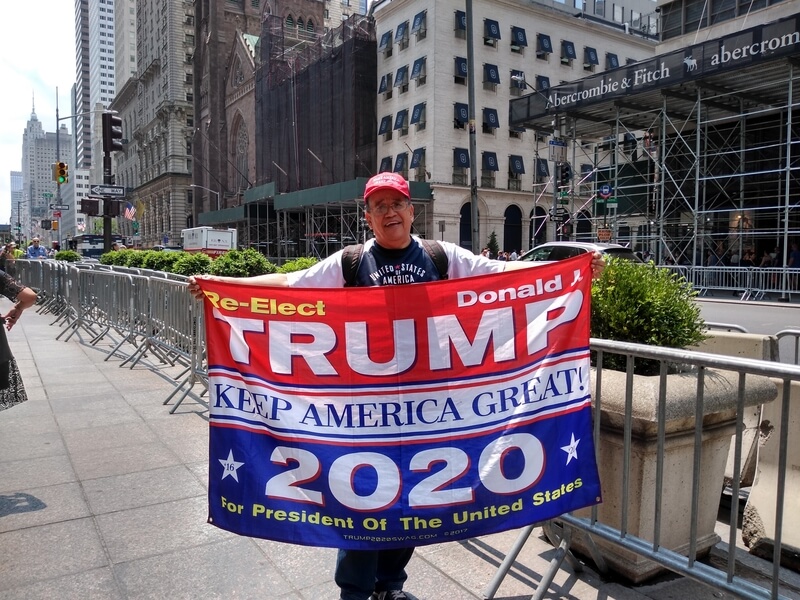 The lying media elites are on a tired campaign to destroy President’s Trump attempt for re-election. Despite that, President Trump’s re-election campaign kickoff in Orlando was met with strong support from his base. So strong that the campaign raised $105 million in the second quarter of this year.

In a rare and noteworthy move, back in January of this year RNC members unanimously voted to give the party’s “undivided support” to Trump in his race for reelection in 2020. This is spectacular because the national party has historically refrained from expressing support for a candidate before they officially become the nominee.

As one might expect, the liberal media continues to spout their leftist bias. Cable news anchors routinely take President Trump’s words out of context and misrepresent about national security threats (the migrant caravan, for example) and the economy, among other things.

Unsurprisingly, while the U.S. economy is the strongest in a generation, the fake news networks repeatedly diminishes what President Trump has done and insists that a recession is just around the corner.

They will continue to pound President Trump with hostile coverage until November 3rd, 2020. However, they won’t take him down and here’s why.

The public is tired of hearing the same old tired narrative; they set out to destroy President Trump, but they are destroying themselves and their credibility by doing so. Did you know CNN’s ratings cratered again in April after the network experienced its worst month in three years? And in June, CNN lost an incredible 55 percent (that is not a typo) of its viewers aged 25-54 during prime time. The bottom is falling out over at the fake news network, and Americans don’t care.

President Trump will take control of the truthful narrative and take it directly to the people of our country. I’m guessing he will go after the millions of unregistered voters who support his Trump’s “America First” agenda but haven’t stepped out of the shadows to do something about it. The fake news media and liberal elitists have lost touch with the heart of Americans while President Trump is dialed in with pointed accuracy.

The primary concerns of Americans are their career prospects, wage earnings, and 401(k) plans, not allegations of Russian collusion and the liberal media’s “outrage of the day.” President Trump is addressing these key concerns and providing Americans with more financial security and a bright economic outlook. That’s why if the American people can tune out the unending stream of filthy fake news and listen to the truth, the President will prevail in 2020.