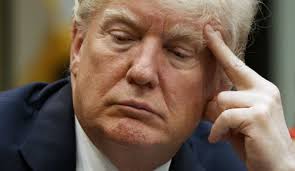 One thing the President’s critics and supporters can usually agree on is he isn’t cautious ….when it comes to words but not action especially if that action requires military force.  Whether it be the turmoil in Venezuela, Afghanistan or now a clear and prov-active stance  by Iran the President holds back before acting.  For a person who says what he wants his actions on these stages are much more deliberate and careful. With Iran military shooting down our drone over international waters there appears to be a caution that might even be a bit reckless for to not to respond will provoke Iran to respond again but on a larger front. Of course on the other hand a strike that causes other nation to get involved or helps bunker down the evil Iranian regime might not work as well. Therefore the  careful thoughtful President might just be right in this game of military chess.