Over the top “The Beggar Show”?

Posted by Bruce - in arts and entertainment, film, television - No Comments 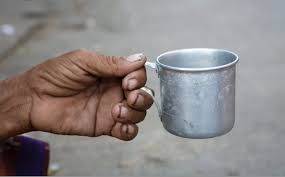 Is this television concept (below) over the top/pushing the envelope too far?

Many of us see a beggar/panhandler on the street asking us to spare some change to help them out “The Beggar Show” will take it a step farther by bringing them to your television screen. Three individuals will broadcast live why a $1000.00 dollars will change their lives as a  group of expert panelist (private detective, charity manager, small businessman etc)  try to determine if their claim is true and if it this money would make a difference.  These panelist would then give their opinions but it’s up to the television audience to determine who if any receive such funds.  The following shows will have more beggars/panhandlers asking for funds and a review of those that have received such funds.  Would this show be too controversial to go on the air?