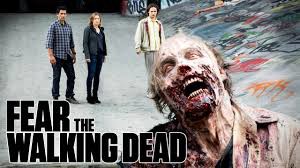 I’m afraid that I’m falling off watching “Fear the Walking Dead” because it’s too predictable.  Another evil governmental conspiracy that we’ve seen in hundreds of movies and television shows appears to be the reason for this evil to exist.  It becomes tiresome and irrational for the viewer who understands that governments can turn bad but not on every television show.  Of course it probably won’t just be an evil governmental agency but the military that has gone rogue wow what a new twist…not.  I will turn on an episode or two more but not with the same urgency of an zombie apocalypse for this apocalypse has become too predictable for me.