Posted by Bruce - in Blog, diary, Uncategorized - No Comments 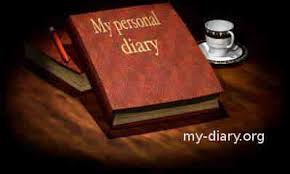 It’s a rare event to see the whole family together. It’s usually only occurs at funerals or weddings. Thank G-D it was the later.  Being the youngest of the entire family (cousins included) is positive until your about 12 but then it can become annoying because you’re treated like a baby in terms of what others believe you can do without the cuteness that brought them close to you.  Though the years though difference between ages become shorter as respect grows stronger.

WEDDING- My cousins from this side of the family are more traditional then me and you can imagine that distance my immediate family see’s when they consider me right on the border of Orthodox. I was the only one from the immediate family who participated in the wild dancing that occurred because they felt uncomfortable with the separation of the sexes. I see it both ways because sometimes individuals can feel isolated at a party because they don’t have a partner to dance with and this everyone could have a good time except those that are uncomfortable dancing with their own sex.

3 1/2 HOURS- I didn’t officially check my watch but I can conclude that I didn’t have more then 3 1/2 hours of decent sleep after the late night party and early morning ritual. Most of my body was ready though except my stomach still wanted to sleep.

PRESIDENTIAL DEBATES- I got my political muscle in order as I debated an intellectually powerhouse and an overall great guy at the wedding. Too bad he’s on the wrong side but there’s always another a wedding (G-D willing) in the future to change his mind.