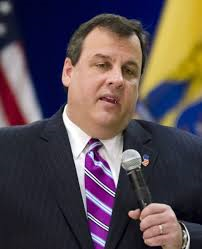 I’ve had mixed feelings about Chris Christie and tonight adds to that confusion. I applaud Christie for standing strong and stating the facts in plain language that nobody can ignore. Yet by having such as bombastic tone I believe Governor Christie might unintentionally make those in his staff belief “anything goes” in “getting the job done”.  This could lead to people in his administration believing that it’s not only okay but right to punish those who disagree with him. We have seen Christie’s relentless antagonistic attacks  not only on those from the opposite viewpoint but those from his own party need I say Rand Paul or Ted Cruz. I respect differing points of view in the party but they should be handled with respect and as friends.

It is impossible for one Governor to know everything that is occurring in his state but when the main artery in his state is “closed for business” he should be aware and take immediate actions. At the same time everyone makes mistakes so I don’t believe it’s just  to pass judgment on Governor Christie for this one blemish of his fine record. Judgment must be based on the overall record of success that an individual brings and how they are able to overcome  controversies and problems that arise.

At the same time we have to be impressed with the current way the Governor is handling the bridge controversy by accepting blame right away and forcing resignations of those that are responsible. Governor Christie also had a press conference that lasted an hour, just on this controversy alone, while I believe the current occupant of the White House hasn’t held a press conference lasting an hour even if you combined all his controversies together ( Benghazi,  NSA, IRS etc etc)  If only those in the White House would follow his advise we would have a new Attorney General and Cabinet.