Hello, Hi is even controversial.

Hello, Hi is even controversial. 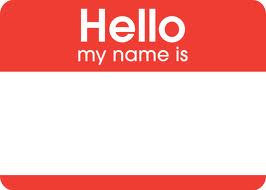 (1) In Europe it’s customary for people of the same sex to kiss each others cheek to say hello but if you follow this custom will someone get the wrong idea?

(2) Traditional Jewish woman  will not shake the hand of someone from the opposite sex but how about someone who is dressed in that fashion but not traditional? Could you appear arrogant by not shaking their hand?

(3) Some people have a loud and enthusiastic Hello while others are more low keyed.  If you’re the low keyed person do you come across as being someone who doesn’t care? If you’re over enthusiastic do you appear over anxious?

(4) The hello handshake can appear to strong and intimidate the person you’re greeting or be to weak and make you appear as someone who can be stepped on.

(5) Hugging someone can be too much or can be what they expected. Let’s not forget point 1 which adds to the confusion.

(6) Those of “royalty” expect you not to touch them when greeting them and might even expect a bow but how do you know if someone comes from that background.

(7) Many people of orient descent bow to each other upon greeting but would be a person born in America find it offensive if you bowed to them.

Let’s not forget people in the inner-city, and down south, who should say hi first  and…  Maybe we should all just wear permanent hello stickers.  If you think this topic is confusing wait till I discuss “Goodbye’s”