Winning by dividing the opponent can make us all lose.

Winning by dividing the opponent can make us all lose. 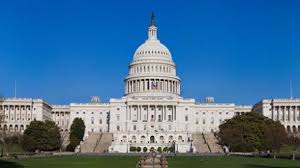 Today, the  House of Representatives is proposing to send bills  to the Senate to fund parts of the government that they both agree on, but the Senate leaders say they will automatically reject those bills.   If these are areas that they both agree on why would they automatically reject such a proposal? It is because they are looking at winning by dividing their opponent. A strategy that has been successfully used by the secularist against people of faith. The secularist have been so successful in this strategy that they have subdivided even groups of the same faith (ex Orthodox Jews vs Conservative Jews), while they push their agenda through the public square. Those that would normally fight against such an agenda are instead fighting themselves.  Steps can be to conquer those who look to divide us (see below).

(1) Agree to disagree. It’s okay to see the world in a different light as long as we understand that there is light or in other words we have more in common then what divides us.

(2) Respect- Although we might disagree with those areas we should respect the differing opinion, to the point where we could argue their point.  Or in other words name and yelling is childish and she be frowned on by both sides.

(3) Stick to your values but find a way for all to win.  For example the New Jersey Plan was the way the House of Representatives and Senate were formed today.

(4) Most importantly make sure that  you’re not doing more harm with your division then you would be  by uniting.  If the Senate and House agreed to fund the parts of government they both agreed on wouldn’t it truly be better for their employer (the citizens).

HAPPY THANKSGIVING TO ALL