I seriously believe smoking is dangerous to your health  and would persuade others to not take up this habit but I feel it’s important to present all arguments.  Please comment 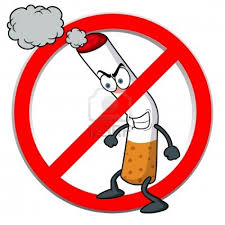 Despite the fact that diagnostic technology has greatly improved over the last 60 years and the percentage of the population smoking cigarettes — a major cause of lung cancer — has vastly declined during that same period, in the United States in 1950 18,000 people died of lung cancer, while in 2004 in the U.S. 160,000. Since the U.S. population approximately doubled during that period, that means that the cancer death rate has more than quadrupled over that period. Five year survival rate for those diagnosed with lung cancer has remained stable for the last 20 years, and even for other cancers, the five year survival rate has just edged up by a few percentage points, so that much of this improvement may just represent the fact that the survival rate has increased because we have started measuring earlier — thanks to improved detection methods — the unchanged length of the natural evolution to cancer death.

So what has gone wrong with the ‘war on cancer’?

An interesting perspective or not?