Edward Snowden – Needle in a field of haystacks

Edward Snowden – Needle in a field of haystacks

The NSC has declared that their program of seizing records on all it’s employees (the American people) through taking Verizon records, Facebook records etc is an act of national security I call it an act of stupidity. If they are truly to find “possible terrorist and their cells” shouldn’t they keep the scope limited? How does it help looking at Joe Smith’s phone records when they can’t even keep track of Dzokhar Tsarnaev (Boston Massacre’s bomber) post to Facebook? The intelligence community should focus on following the activities of those individuals who have a propensity to acts of violence and their associates and leave the rest of us alone. The constitution under the 4th amendment guarantees the rights of the citizen to unreasonable searches and seizures. I believe the NSC has violated our constitutional rights.

Before we decide if Edward Snowden is a hero or villain I believe you should consider the following questions …. I WOULD LOVE YOUR COMMENTS.

1) Could Mr. Snowden tell his superior officers that he felt that they were violating American’s constitutional rights and get a true hearing on these facts?

2) Is Mr. Snowden act of going public an act which could put other actions of national security at risk?

3) What would you do in such a situation?

4) Does the act of Mr. Snowden 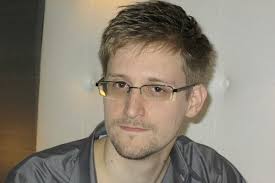 encourage others in National Security to leak additional information to the media?