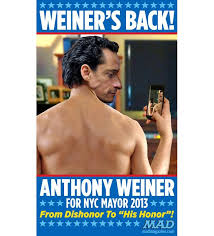 They say those without sin should cast the first stone (and G-D knows that I’m far from perfect)  but I also know that people who sin should do some pittance before they ask for forgiveness.  Therefore steps must be taken to insure that this occurs.

1) Those that have been censored or have faced a penalty for acts unbecoming of an office holder must sit out at least one election cycle.

2) Those who have resigned from office in disgrace should have to wait at least two election cycles before running again and if they do run it should be for a lesser office then the one they originally had.

2)  Individuals who have been removed from office because of acts that betray their trust shouldn’t have the ability to run for elected office or be appointed to a public office.