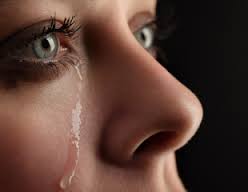 As a Democrat I knew President Trump needed to go and of course his harsh words only added oil to my fire so I voted for Kamala.  At first it was great the President really spoke my language even as other languages were stopped on their social media tracks but it was hate speech or close to it so I didn’t care.   When my families insurance was replaced by a government run plan and illegal aliens were covered under this plan I thought it was only “fair”.   Yet looking over my husbands grave site I realize I should have listened to action instead. For my husband couldn’t get the care he normally received after the doctor shortage left him waiting 6 months for care that he would have received  in days in 2019. The “new medicine” that was just about to break-through in the marketplace never came through as “socialized medicine” made it an investment not worth taking.  I tried to get a private doctor but with illegal aliens competing in record numbers in the workplace I’m lucky to receive the same pay I received in 2019. I thought this American President would look out for those who were here but it appears she only is looking for who she can bring in instead.  Finally my thoughts are now considered the “hate speech” that were innocent in the past. Who knew my vote would cause such death and destruction to my families life.

FOOTNOTE– This is not a true story unless we vote to make it one.