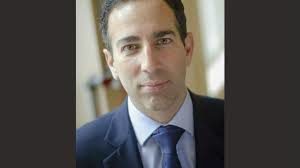 I finally donated $$’s to a Democratic candidate running for President. Please don’t worry I haven’t turned into an Ass and still have the big ears but don’t eat Peanuts. Though Ami Horowitz has convinced me to contribute to the other side. For although we differ on issues such as life at least he’s generally in the mold of a JFK Democrat and that is something the other side should have on the table.  I’m still looking to keep America Great but just in case my fellow citizens decide to think differently at least this candidate will keep America good. He also will be a delight to have on the Democratic Debate stage so please consider giving even a dollar or two (below) so issues such as socialism,  support of Israel, late term abortion and open borders won’t be ignored by the media.

FOOTNOTE–  He just needs a $1 from 65,000 Americans and/or 1 % or more in the polls to make it to the Democratic Debate stage.  At least until they change the rules when G-D willing he gets it.