Key Number two-Freedom and Peace in the Middle East

Key Number two-Freedom and Peace in the Middle East 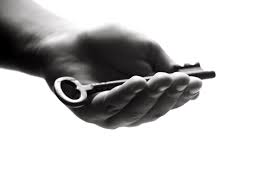 As long as one group receives all the benefits from keeping another group down then there will continue to be dictatorship and despots in the middle east. The group that has been kept in shackles in the Middle East are the same people who are primarily responsible for their growth, woman.  They have tolerated abuse not only in their families, traditions  but in  governance as a hole and they must fight back.

Woman are denied basic rights  in many Middle Eastern countries that many in the west take for granted. These may include  deny woman the right to work, vote,  drive a car, or even go to school. Not only do these woman suffer but their society as a whole but not developing the grant talents that these woman have.   They are also treated like second or third class citizens in their own home. Those in power try to claim that Islam and customs cause this to occur but the truth is that it is no more then a power grab.  Woman in these countries need to unite and demand that their basic inalienable human rights must not be denied.  Those in the west must support these woman who valiantly take such a stand. For as these woman basic human rights rise the decline of the dictator and despot will occur. These leaders will fall like a deck of cards and in return the world will be a better more peaceful place.