Winning the drug war- Should Marijuana/Pot be legal?

Winning the drug war- Should Marijuana/Pot be legal?

I personally am against the use of illegal drugs but I also believe adults should be able to do what they want with their bodies as long as it doesn’t effect others and they are fully educated on the consequences of their actions. Today the transportation of these illegal substances has resulted in the death of innocent people caught in the crossfire of gang violence.

Therefore I believe that adults should be able to get a license to be able to use drugs in a controlled environment. The license would require the individual to take a one day class on the effect these drugs can have on their bodies. The monies obtained by the state for these licenses and the taxes received on the sale of these “products” would be utilized to set up drug rehabilitation centers, educating the youth on the use of drugs, and prosecuting those who sell these substances without a license. Those who choose to get a license for use would have the following restriction on their licenses.

1) The use of these drugs would be at a licensed facility which would provide transportation  for the user, so that they don’t drug and drive.

2) The user of these drugs would have to go for a medical exam every six months (at their expense) to see the health risk of their usage.

3) The facilities would have to provide information on drug rehabilitation centers in an open area. 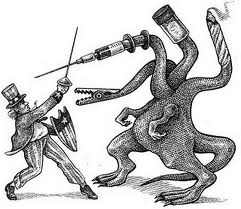 If they are the first