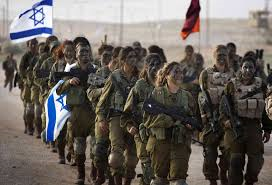 It is great to have someone at your back when an enemy is ready to attack but when they lack that willingness to defend your back you must prepared to stand alone. The current state of Israel has had a wonderful alliance with the United States in security issues on both fronts  but recently that alliance has begun to crumple.   This has occurred even though the majority of Americans from Evangelical Christians to Jewish population in her country continue to strongly support the alliance, yet the administration has ignored the voice of the American people and taken a “more broad” approach.  I guess they continue to think they know better.  They believe that Iran will all of sudden give up their ambition to use nuclear weapons because the world will lesson the sanctions. How naïve  is  this administration? Do they understand how despots use these deals to  “buy time”?  Why don’t they look at the “wonderful deals” they have cut with North Korea? Those deals were wonderful for North Korean leaders but horrible for the world and the North Korean people.

Israel needs to form new alliance with other countries and groups not because it doesn’t still love the American people but because it’s survival is at stake. These alliance might be with countries in the past that have been enemies of Israel  because an enemy to my enemy may become a friend.  Israel must work with groups in the United States and the world that truly understand the threat Iran presents not to just her but the world as a whole.  Israel stands strong and with the will of G-D will be victorious in not only helping to bring true peace  to it’s land but the world as a whole.