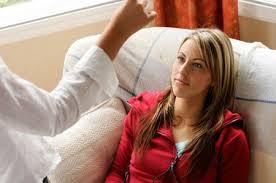 I was just studying the psychological theory of effort justification and it’s mind blowing because it explains so much.  The theory basically states that people will believe something is good even though they know it’s bad because of the negative experiences they go through to get it.  Here are some key ways that it works in today’s society (below).

(1) You wait an hour to see the latest movie or show. Your mind says why would I do something so stupid? Later your mind concludes that the movie was great (even though it wasn’t) to justify waiting in line.

(2) You buy the most expensive chocolate on the rack. Your mind initially makes you feel like you’re a dummy until you taste it and it’s heaven sent or you rationalize that it is

(3) A manufacturer makes sure their product is the most expensive so those that buy it will believe it’s the best even if it isn’t.

(4) A Fraternity will use extreme hazing for their new members so that those who join will feel that they are joining the best club out there.