Your back may not love that I….Pad

Your back may not love that I….Pad 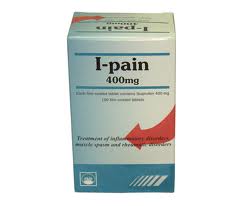 Do you suffer from iPosture? Tablets and smartphones are causing an epidemic of back pain as people hunch over devices

It sounds like the latest gadget from Apple. But ‘iPosture’ is being blamed for an alarming level of  back pain among 18 to 24-year-olds.

The term is being used to describe the stooped body shape adopted by those texting, emailing or playing games on their iPad or smartphone.

Some 84 per cent of those aged 18 to 24 admitted to having suffered back pain in the past year, in a survey by the healthcare provider Simplyhealth.
Read more: http://www.dailymail.co.uk/health/article-2439365/Do-suffer-iPosture-Tablets-smartphones-causing-epidemic-pain-people-hunch-devices.html#ixzz2gUWXRfKi
Follow us: @MailOnline on Twitter | DailyMail on Facebook

This Tequila is for you