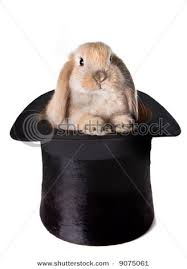 Many politicians spend way to much time worrying about how things look then how things are actually work.  It appears that marketing and promoting a policy takes more time then actually seeing if the policy is actually meeting it’s goals. The magic they perform can only work if they distract the public from what is actually occurring.   When the policy fails to meet the goals they instead either get their friends in the media to switch topics all together or blame it on an intangible force that truly has nothing to do with the policy.

A clear illustration of this occurring is the “Affordable Care Act”/Obamacare”. This policy has failed by almost every objective view so instead of admitting to it we see the force of magic in full force. Although we utilize this act to show how politicians use their magic,  trust me it has been done with many other administration. It will occur again and again until the public becomes fully aware that the rabbit has already been in the hat.  Here are just two examples of how this is occurring today.

(1) The Administration is blaming problems with this act on the bureaucracy. Yet it’s not like he’s sitting on the side  he is the chief executive of this bureaucracy.