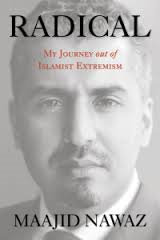 I never understood why anyone would resort to an act of terrorism but in the book “Radical”  Maajid Nawaz describes how others might see it differently. Nawaz and his Muslim friends were continually bullied by a group of British skinheads until one day they stood still.  The skin-heads were shocked that they just stood in front of their homes and when they asked their leader to speak. He explained that they were aren’t afraid to die because of their faith but would take them with them. The skin-heads never bothered them again.

This whole event deeply concerns me because nobody should be attacked because of their faith but at the same terrorism should not be a way of defense.  Yet terrorism itself is not the act of defending oneself against a bully instead it is the act of unleashing terror on the innocent to try to cause intimidation so they will act in a certain way. If we keep in mine it is an offensive act against the innocents then we can insure that we are battling for the right cause.