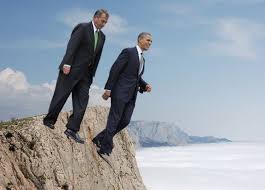 Many people who are opposed to raising the debt ceiling believe that is the only true leverage they have in getting the President to truly make significant cuts in our deficit. These individuals believe that the President will only act if their is a crisis right around the corner and therefore he is forced to move. Yet I wonder if you don’t trust the President to act until the brink of a crisis why would you trust him to act if there truly is one?

We have seen how the President has caused  undue duress to the American people during the government shut down just to hurt the Republicans then why wouldn’t he up the ante if you don’t pass the debt ceiling.  I believe we might have to pass a short term debt ceiling and fund  the government  but with the following provisions (below). This will insure that the cards are still in the people’s hand.

(1) Agree to the debt ceiling for 6 months and to fund the government for a six month period as long as a panel of Democrats and Republicans are selected to deal with the problems in the deficit (change in entitlements) , increase revenue (tax simplification, growth programs etc) and problems with Obamacare.

(2) The agreement that this panel puts together must be voted on intact by both the Senate and the House without any amendments.

If the President and Senate refuse to go along with this modest proposal then the blame squarely is on them. If on the other hands legislators vote against this bi-partisan agreement then the people will send them home during the next election cycle.

What do you think?