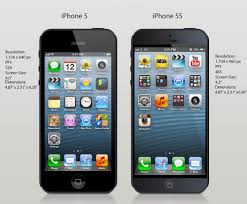 Wait, Apple unveiled two completely different iPhones on the same day? In the same year? The answer is a resounding yes, though we have a feeling Tim Cook’s little surprise wasn’t the most well-kept secret in Cupertino. Known as the iPhone 5c, this is the less expensive (yet vibrant) sidekick to the 5s, and we’ve been playing with the device here at Apple HQ. The device will be available for pre-order starting September 13th, and can be picked up at stores a week later on September 20th. You can get your choice of five colors, and the 16GB version will be offered for $99 on contract, while the 32GB tacks on an extra $100 to the total; if contracts aren’t your thing, the off-contract costs are $549 and $649, respectively. We’ll be bringing you a full helping of pics, vids and our initial impressions as we go along, so keep your eyes peeled here!

It appears that the 5c ultimately keeps to the same spec list overall, with a 4-inch Retina Display, A6 processor, LTE, 8MP camera and more — a huge difference, however, is the actual build, which involves a full multitouch display on the front and a single hard-coated piece of polycarbonate strengthened by a frame of reinforced steel.

How many Bananas have died