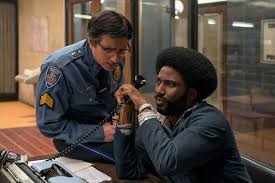 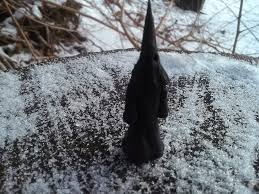 KKK Horror will be one of the most scary movies of a lifetime because their hooded past is true and painful. It will take some of their most despicable acts and blend it in a movie that shows the fear this hate group brought on individual life’s from outside their mainstream to all different creeds and cultures.  KKK was one of the first terrorist organizations in America that wielded power in police stations and political officers at their prime. Their hoods allowed them to live one life which appeared warm and kind in the open and another of evil violence when it was closed.  KKK Horror a movie that should be feared because it’s all true and painful. 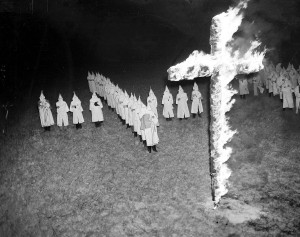 FILE – In this Jan. 30, 1939 file photo, members of the Ku Klux Klan, wearing white hoods and robes, watch a burning cross in Tampa, Fla. In 2016, KKK leaflets have shown up in suburban neighborhoods from the Deep South to the Northeast. (AP Photo/File)

FOOTNOTE- The concept of this film came to me in a nightmare where I saw three men hung from a tree as I was the one they were looking for next.