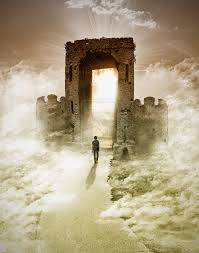 WARNING– This blog post came from a dream and deep thought therefore it will be a bit confusing.

JIM- Truman Show isn’t there where people acted in someone’s life and others watched it from the day he was born. Was my life a performance for some audience to watch.

ROMAD-  It was a select few and this particular world was created as many a test for you so that we could determine if you can become a true warrior for G-D’s army.

JIM-  So are you trying to say everyone I met in my life was actors in my life.

ROMAD-  They weren’t actors per say for they see their life’s as very real your just the main character that many didn’t even know existed but who kept it all in order in that world. See your world was created basically for you and now your 1st job will be to be the guardian angel of those you were closest to in that world you left behind. If you’re successful in that mission your territory will expand.

ROMAD Yes there are many different worlds from different time periods. For example George Washington is still working on his time period, Ronald Reagan on his etc. etc.  You might say different dimension.  Wait…I’m getting an urgent message. Uh hum, you don’t say ,really well that’s a bit unusually not really okay.

JIM- What is going on?

ROMAD –  Sorry we picked up the wrong Jim. You’ll be heading back instead.