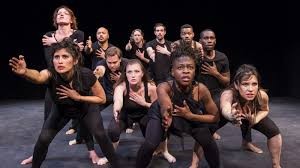 Why do “successful” actors/actresses lean left?  Here are some of the reasons (below) this mindset is set in and how it might take a different performance.

(1) IN-  To continue to be accepted by your peers ” you must fit in” and with all the cocktail parties and events the discussions leans to the left. Of course if there were parties that pushed deeper conversations then that might change.

(2) EMOTIONS- Acting requires one to look  dwell deep into a characters emotional state and up to now those sympathies lead to those less fortunate with the lefts lenses. Yet with Pro-Life and Faith based films doing well in the box office that lens might have to get enlarged.

(3) GUILT- As a successful actor moves up their corporate ladder many heads have been stepped on along the way making that individual project their emotional state on others. Maybe a bit more therapy would help rather then trying to guilt trip us all instead.

(4) NEED- There are quite a few actors who have crossed into the Weinstein world and they need the liberal package to cleanse them of their wrong doing.  It’s the easiest get free pass one can find.  Maybe we need to clean these actors out of the business instead or at least admit to their wrong doing instead.

Is this the new – ONE DIRECTION

Christmas for All even