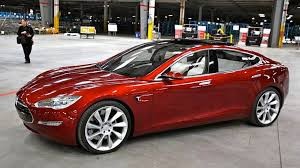 If you own a Tesla you should have an exemption that allows you to drive as fast as you want. For the speed limits were designed because speeds over 55 mph were shown to waste more Petroleum then speeds under that amount. The Tesla and other 100 % electric vehicles are powered by electricity which can be deprived from many different sources but not gasoline directly.  A matter of fact if such a waiver was adopted there would be a boom in the purchase of said electric vehicles reducing our demand on petroleum products like never before and boosting sales of American made care. Therefore let’s change the road map and give Tesla’s owners the speed they deserve faster and better then the rest.

FOOTNOTE- Of course reckless driving such as weaving in an out of lanes and not permitting enough car distance between said cars would still be ticketed.