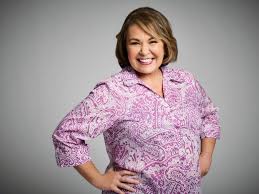 While Roseanne Barr is not even making excuses for the Twitter rant she had made, which resulted in the cancellation of her show, one wonders whether the punishment fits the Tweat? For it is not only this individual who has lost her position but the hundred or so other souls that have worked tirelessly on this show at a much  lower return.  It is also the concept of lines where stupid insulting words become stones which damage entire careers of people even associated with them. Whether we as a society have to put more restrictions on what people say in the middle of the night because they are so “toxic” and whether the hurt factor becomes a pinch rather then a punch.   Therefore let us restrict not what people say but our reaction to it.  It’s okay to be hurt by words but not enough to end careers.

FOOTNOTE-  Individual citizens and/or groups also have a right to not help the employment of others that they find “offensive”.