by Bruce / Sunday, 01 January 2017 / Published in arts and entertainment, Blog 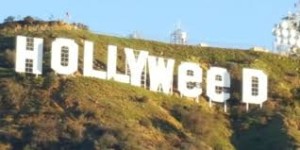 Has Hollywood gone up in smoke it appears that it finally has.  You can’t be surprised with their “big films” becoming “big flops” you have to wonder what the top executives in Hollywood have been smoking lately? They are making many films that only in a drugged up a state would appeal to be enticing with predictable characters and themes that are as bland as sitting on the couch, eating Doritos and smoking some Green stuff.  Hollywood needs to kick the habit and come up with original themes and characters that will get you high on life not the stuff you smoke.